One of my favorite movies is The Matrix. For a variety of reasons: The issue with the red pill, the thought that we create our own reality, and of course Trinity (Carrie-Anne Moss); a strong, powerful woman who knows how to harness the matrix.

In fact, The Matrix is one of the movies that is watched at least once per year in our house. And, each time I watch it something else stands out as a marvelous metaphor for business or life. (If you haven’t seen it, may I suggest giving it a shot?)

Fast forward to the scene where Morpheus, Lawrence Fishburne, is being held hostage by Agent Smith and his colleagues. Neo, Keanu Reaves, wants to head into the fray alone. Trinity lets him know that’s not going to happen. She begins,

Let me tell you what I believe. I believe Morpheus means more to me than he does to you. I believe if you were really serious about saving him you are going to need my help. And since I am the ranking officer on this ship, if you don’t like, I believe you can go to hell.

There is so much in that scene about teamwork, the dynamic of women in the workplace, what it means to truly stick up for someone, and more.

But what it stirred in me was a memory from December 2012.

At that time, I was launching ShoeFitts and beginning to create our brand. To begin that work – to share with some awesome creative types – I wrote out a list of my beliefs. I shared it with them at the time. And, I’ve been encouraged to share them publically, but never have.

Here is what I believe…

I believe in learning something new everyday

I believe in looking people in the eyes

I believe in thinking the best

I believe my red hair get the best of me sometimes

I believe in the abundant nature of the world

I believe challenging people always teach us something

I believe in flannel sheets in the winter and the summer

I believe in honoring the people that serve us

I believe in serving others

I believe in giving, hugging and telling people I love them

I believe in getting shoeshines

I believe in listening and asking questions

I believe there are always interesting people around

I believe in epsom salts, lavender and candles

I believe in the value of having a good tailor

I believe in me

I believe in giving spiders safe passage from my house (Note: this is no longer true after I cracked a rib trying to save one.)

I believe in the graceful flight of pelicans, the determination of kingfishers and the strength of hummingbirds

I believe in laughter and bifocals

I believe in building bridges

I believe that the world is small

I believe in radical forgiveness

I believe in saying please and thank you

I believe in tipping the car wash guys

I believe in my friends, even when I don’t see them

I believe in using my blinker in traffic

I believe in helping

I believe in fresh herbs

I believe in paying it forward in the drive thru Starbucks

I believe in celebrating success

I believe that my mom taught me to dance, and hug, and smile, and cook

I believe that my dad taught me algebra, how to grow corn (knee-high by the 4th of July), how to stand on my head, to be a speaker and to be strong

I believe in fresh apples

I believe in taking deep breaths and ritual

I believe in feather pillows

I believe in sharing

I believe that hard work pays off

I believe in the power of creativity

I believe in pursuing patience

I believe in opening doors for people and giving back 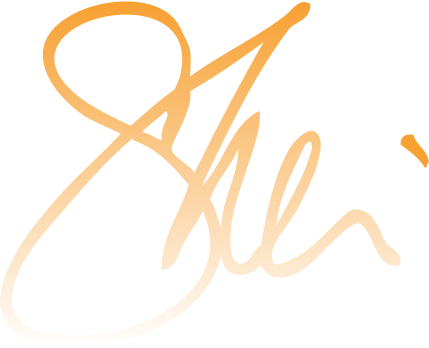